In honor of Valentines Day, we asked AgBiomers what they love, and OH did their responses compile quite an interesting word list. Which got me thinking…

Instead of listing what we all love, why not use these words to write a story. Please be warned - this story is mainly about food and animals.

It was the morning of Wednesday, February 14th, and Elvis Stojko was sleeping in whilst dreaming of being outside, watching the Puppy Bowl. I mean, the Super Bowl is awesome and all, but he loved puppies. Just as the dream was getting good, the alarm went off, followed by Elvis hitting snooze 17 times before arising with the speed of 1,000 sloths.

Once awake, Elvis poured himself a cup of coffee and focused on getting things done. He had much on his to-do list, including visiting family. He knew he couldn’t see his brother’s kids without bringing them a special Valentine’s Day gift. Perhaps a unicorn and some ice cream would do the trick! (He always did have a flare for the dramatic.) Or perhaps that’s a bit ambitious, he thought. That’s when it hit him, guinea pigs! Two guinea pigs named Crosby & Ellie would be the perfect gift!

As Elvis stood in the vestibule of his home, basking in the glory of his stellar gift idea, he realized how hungry he was. He ran to the pantry so fast it seemed like he was gliding on ice. He threw open the doors only to find a jar of pickles, an expired bag of veggie straws, and some bacon flavored vodka (don’t ask). “If only I were in the AgBiome break room”, he exclaimed, where the food is always plentiful.

Just as Elvis was about to head out the door, it started raining. He pondered all the things he enjoyed during days like these. He daydreamed of long naps with heated blankets, resting his head on the cold side of the pillow, with cats curled up by his side, and puppy snuggles.

“Snap out of it”, he thought. “You still have things to do today.” Elvis called an Uber. He despised driving in the rain and planned on having a glass or two of wine, or perhaps even a hipster beer on this glorious Valentine’s Day.

“Maybe I will treat myself to more than just delicious adult beverages”, he thought while googling top vacuum brands in the back seat. He scrolled past a Spot Bot and immediately realised the emptiness in his life could only be filled by a PUPPY! “I will get myself a puppy. And I will get my brother a puppy. And his children shall have puppies too. You know what? Everyone gets a puppy!”

“Everyone?”, chimed the Uber driver.

And it was the finest Valentine’s Day ever. 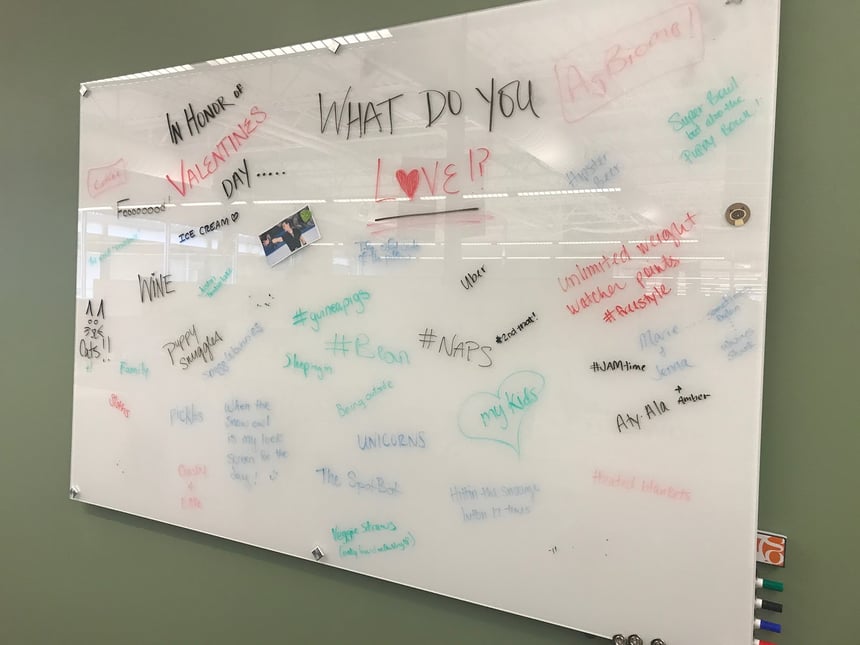 Read all posts by Jenna Bryant