The Science of Love

Love is all about what happens in the brain, and not your heart. However, hormones associated with love can also affect other parts of the body too (ask your parents). Romantic love can be broken down into three categories and the production of different hormones are associated with each. A lot of research has been done to determine what hormones are linked to these feelings of lust, attraction, and attachment.

When experiencing lust, testosterone and estrogen are key players. Both of these hormones are produced by men and women; however, an increase in testosterone increases libido in almost everyone. 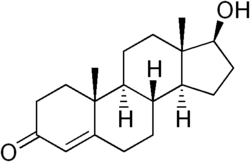 Attraction, also known to scientists as favoritism, sexual preference, and mate selection, is when someone might describe themselves as “in love”. Changes in dopamine, norepinephrine, and serotonin are linked to feelings of attraction to another with levels of dopamine and norepinephrine increasing, while serotonin decreases to make us feel a strong attraction to a special someone. Dopamine is produced by the hypothalamus and is part of the brain’s reward pathway, so it’s released when we do things that feel good to us. When released in large quantities it can lead to euphoric feelings, obsessive thoughts, and directed behaviors that focus almost solely on the romantic partner. When controlled by strong feelings of love, attention is often focused only on the positive traits of the prospective partner, and negative traits are overlooked or falsely praised. This makes the phrase, “Love is blind” a very real experience for many at this stage of infatuation. The quick change in focus to a single person is caused by an increase of norepinephrine.

The last hormone associated with attraction is serotonin and it differs from dopamine and norepinephrine in that levels decrease during periods of strong attraction to a potential mate. Experts have speculated that intrusive thoughts about a romantic partner that fill the days and nights are due to a decrease in serotonin. Low serotonin levels have been recorded for those that “feel they are in love” and also for unmedicated patients with OCD. It makes sense why a drop in serotonin can cause obsessive thoughts about a love interest when simultaneously combined with dopamine and norepinephrine.

Don’t despair, not all forms of love cause erratic behavior and poor decision making. Attachment is an important part of the love equation and it’s often involved in non-romantic relationships.

Dog-Lovers of the world rejoice! 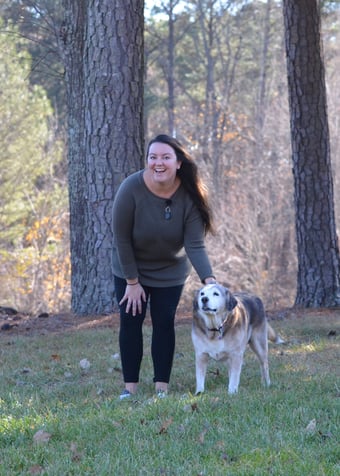 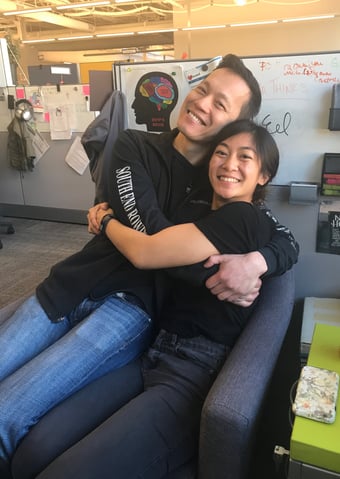 Attachment is the predominant factor in long-term relationships including friendships, parent-infant bonding, social interactions, and romantic partnerships. The hormones oxytocin and vasopressin were found to be involved in attachment of pairs of monogamous prairie voles, and these same hormones are present in humans and all other mammals and birds. It is likely that these two hormones are involved in helping maintain long-term attachments to others. It could also explain why a scientist can be so attached to a particular pair of forceps, or why a microbiologist is protective of their pipettes.

If you’re single on this Valentine’s day, take solace that those desperately in love are most likely making poor decisions governed by the most primitive parts of their brains. If you’re blissfully happy and in love with that special someone, you can justify it as simple jealousy of singles and rebuffed partners while you get another hit of that sweet dopamine.