This is the first installment of what we hope will be several editorial blogs from our friendly operations associate Dylan Lopenzina. 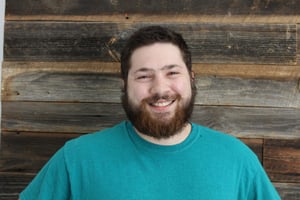 Writer's note:
I have always cared about the Earth and food. Growing up in the woods of New Hampshire and the scorched plains of suburban Houston gave me a wide lens by which to enjoy both. I also love history, and I try to insert it into most things that I do. Here in this piece, I plan to try and combine all three of these passions into something readable. I’ve worked at AgBiome for 2 years and a month as an Operations Assistant and have fallen in love with the pursuit of growing food and fighting threats to it more responsibly. AgBiome allowed me the creative freedom to combine my interests with our mission as a company, which should give you an idea of the kind of place it is. I hope you, dear reader, enjoy this humble tribute to our ancestors. - Dylan

Agriculture and humanity have grown up together. Through the dim years of prehistory, before Rome was built, before Socrates and Plato explored truth, before the foundations of Babylon were set; we understood the power of agriculture. No longer did we have to hunt and gather. Urbanization came as a result of that, and cities were born. Roughly 10,000 years later our resources are so plentiful that many people in the world have more than they could ever want, although that’s not true everywhere. New technology, widespread access to knowledge, and a willingness to preserve our world is driving science to discover ways to balance our plenty with sustainability--but this is not a new idea.

In the Americas, indigenous peoples perfected their methods of cultivating plants over millennia. As far back as 4,000 BC people from what is now central Mexico migrated North, bringing the crops with them that would eventually become known as the three sisters; corn (maize), beans and squash. Indigenous peoples discovered the relationship between their crops and the world around them by experimenting with different ways of nurturing seeds and organizing their plots. They discovered the relationship between the three sisters naturally by observing how the three plants interacted with each other; “The corn stands eight feet tall; rippling green ribbons of leaf curl away from the stem in every direction to catch the sun...The bean twines around the corn stalk, weaving itself between the leaves of corn, never interfering with their work...Spread around the feet of corn and beans is a carpet of big broad squash leaves that intercept the light that falls among the pillars of corn."1 It was not known then as explicitly as it is now, through modern science, but there were complex chemical exchanges happening between the three plants that caused them to benefit from one another. “When a bean root meets a microscopic rod of Rhizobium underground, chemical communications are exchanged and a deal is negotiated. The bean will grow an oxygen free nodule to house the bacterium and, in return, the bacterium shares its nitrogen with the plant.”2 This exchange is a natural one, perfected over centuries of evolution to combat the natural barriers posed to these crops. People have been using natural processes to control natural problems for a long time. It’s as true as it ever was today that people care about the health of the land and want to find solutions to these problems that keep that in mind. Enter, modern agriculture.

More than ever before, we see that humans have an impact on our planet. This reality has sparked a few great and excitable minds to throw themselves into the business of innovation. Some of those minds reside at AgBiome, one of a number of promising biotech startups in Research Triangle Park, North Carolina (USA). The drought in discovering new modes of action to fight plant pathogens, pests, and weeds over the past decade makes it more important than ever to research new ways of protecting the world’s crops. AgBiome’s vast database of sequenced microbes allows us to understand and harness the power of the microbiome to protect crops against diseases and pests. AgBiome and similar organizations were founded in the pursuit of feeding the world sustainably. To me, this marks a revolution in agriculture--quite literally the ‘back around full circle’ to how our ancestors farmed. Using modern technology and science, coupled with the desire to use the Earth respectfully and treat its bounty as a gift, rather than a commodity to be bought and used up.

Read all posts by Dylan Lopenzina