The mathematical character π (Pi) is used to calculate the area of a circle, which has many practical applications in that geometry class you took ages ago and even in the real world. The value of π has been known for almost 4000 years! The first calculation of π was done by the great ancient mathematician, Archimedes of Syracuse between 287 and 212 BC. He got closer and closer to the true value of Pi by calculating the area of a circle using the Pythagorean Theorem to find the areas of two regular polygons. One of which would fit inside the circle and another that would fit just outside of the circle. Choosing a polygon with more and more sides would get closer to the true value of Pi  (pictured below). Based on his preliminary calculations, he determined the value of Pi to be between 3 1/7 and 3 10/71.

In the end, Archimedes got up to a 96-sided shape for his polygon used to calculate π, determining that 3.1408 < π < 3.1429. Amazing dedication considering he did not have access to a calculator. It’s also likely the last thing he did because the Romans stormed his hometown and killed him. It’s rumored that his last words were “Don’t disturb my circles,” which he was working on when they entered his home.

Mathematicians began using the Greek letter π in the 1700; it was introduced by William Jones in 1706 and popularized in the mid-1700s by Leonard Euler. Pi day was founded in 1988 by physicist, Larry Shaw on March 14th, which are the first three digits of π (3.14). March 14th also happens to be Albert Einstein’s birthday. Pi day later became a national holiday in 2009, and has been calculated out to one million decimal places.

So let’s celebrate Pi Day the best way we can, with a delicious slice of pie! 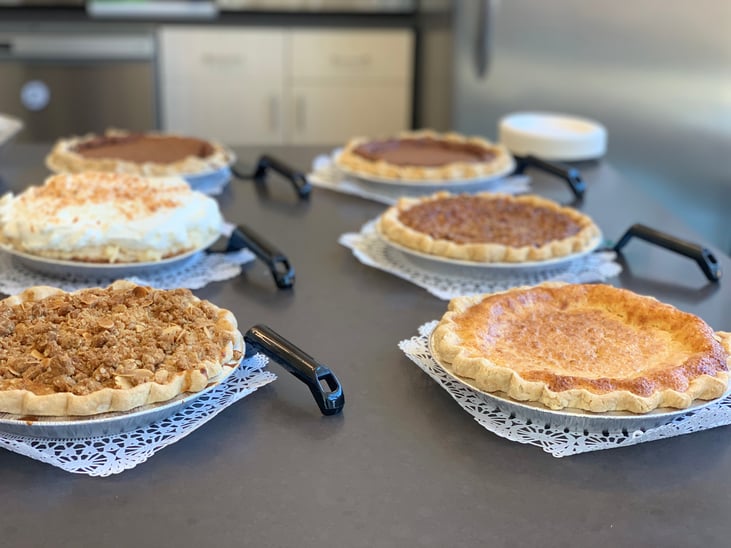