A Day in the Nematology lab

If you have no idea what a nematode is, then you are not alone. Nematodes are thread-like roundworms that are found all over the world, even in the Arctic. Most nematodes are microscopic, so many people aren’t aware that we are surrounded by them!

E.O. Wilson, a famous nematologist, once said “...if all solid materials except nematode worms were to be eliminated, you could still see the ghostly outline of most of it in nematode worms.”

Don’t worry though, the vast majority of  nematodes don’t harm humans. In the AgBiome nematology lab, our scientists are concerned with protecting crops from plant-parasitic nematodes. These small worms cause billions of dollars in yield losses annually. Damage can be extensive because all plant-parasitic nematodes have a hollow, straw-like probe called a stylet that’s used to take nutrients from plant cells. 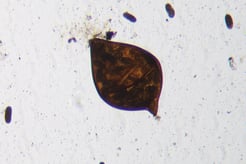 SCN is more specific in what plants it feeds on, with soybean being the most important crop economically. Once a field is infested with SCN, it can be near impossible to manage with crop rotation alone because eggs can live in the soil for up to 10 years. 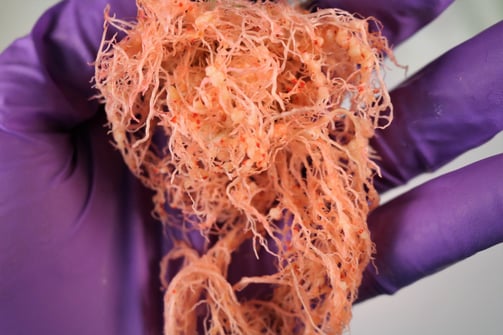 Nematologists Tim Ave-Lallemant, Jared Jensen, and Christy Wiggins start each workweek with a meeting to discuss what experiments they will be running and how many nematodes they need for each test. Daily tasks include, extracting RKN eggs from infested tomato roots, hatching juvenile worms from eggs, treating plants with biological control candidates, and inoculating plants with the hatched RKN. Eventually they determine if the tested bacterial strains have any effect on inhibiting the RKN infection.

The nematology group also researches SCN control traits to incorporate into new soybean varieties with the goal of developing SCN resistant plants. It can take over 4 months to make a single transformed plant with a gene of interest, so the newest nematology team member, Jared, is trying new ways to pre-select genes that can be used to control SCN. 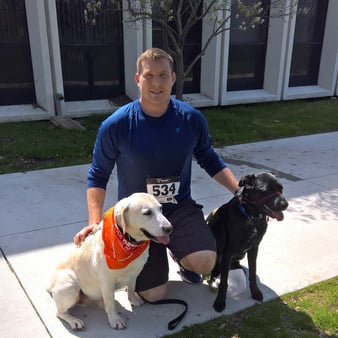 Jared Jensen is a Phoenix, AZ native and received both his B.S. and M.S at the University of Arizona in Tucson. He moved to Ames, Iowa to pursue a PhD in plant pathology at Iowa State University. There he designed new methods to study nematode biology and used them to determine how seed treatments affect nematode activity. He chose AgBiome because of the opportunities to contribute to many aspects of the business and the great company culture. Welcome Jared!

Jared Jenson with his two dogs.