This is the first in a series of blog posts from our own Chad Keyser about his work on the sweetpotato weevil project.

“Please help” are the only English words I remember Kefa Silver saying, all other communication was through a translator.

Kefa is a sweetpotato farmer with a small plot of land in Uganda north of Kampala. His farm is not measured in hectares or acres, but in plants -- every sweetpotato vine hand-plant and meticulously cared for. He uses no fertilizer or chemical pesticides to protect his yield, rather he depends entirely on cultural practices and prayer. If you visit his farm, you’ll see neat rows of sweetpotatos, each plant being optimally spaced to maximize growth and “hilled” to prevent insect infestation, he intercrops with other important produce, and actively follows recommendations from the local ag-research station. While this might seem idyllic in a grass-roots, get-back-to-nature sort of way, if you ask Kefa, it’s not working. As he directed us to look closer, he pointed out how, despite his vigilance and efforts, the plants had been attacked by insects and were infested with tiny sweetpotato weevil larvae. 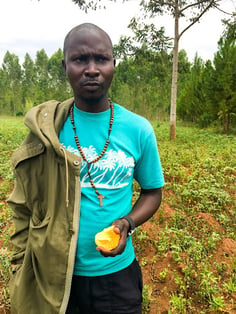 Sweetpotatoes are widely grown as a staple crop in African countries, serving as an important year-round source of calories and nutrition for poor families and as a potential form of income for smallholder and precommercial farmers. Whether steamed, mashed, curried, or fried, for families in Uganda sweetpotato is part of most meals. In fact, when we visited Kefa in 2016 he was munching on a raw white-fleshed sweetpotato while he talked with us.

The sweetpotato weevil (SPW) is the most serious insect pest of sweetpotatoes in Africa and, if left untreated, can cause crop yield losses ranging from 60-100%. Researchers have claimed that a single bite from a sweetpotato weevil can elicit a defensive response from the plant causing it to start producing chemical compounds which give the roots a bitter taste; in the US these would be considered inedible and written off as a loss, in Africa, insect damage is cut away and you deal with the taste. Commercial growers in developed countries rely on frequent chemical treatments and strict quarantine regulations to control SPW. However, African nations currently do not have access to the infrastructure or adequate training to implement the methods used in developed countries for controlling SPW. 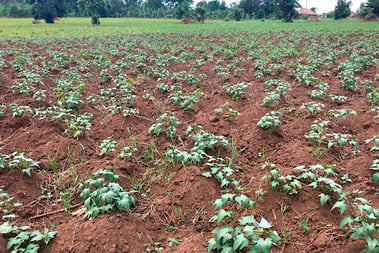 Microbial control of SPW is a promising solution, presenting low or no risk of exposure to toxic chemicals, economic feasibility, and the potential to offer season-long control through inoculation of host plants. For the last 5 years, AgBiome led an effort to discover and develop a microbial control agent that can be used to control sweetpotato weevils. Partnering with researchers at Louisiana State University and the National Crops Resources Research Institute of Uganda, we have evaluated hundreds of microbes for the potential to control sweetpotato weevils, so far we have identified several promising leads.

Kefa Silver’s plea for help came shortly after we had started working on this project. It was my first trip to Uganda and I honestly had no idea how to respond. For me, it was at that moment that this project stopped being an academic investigation and became an opportunity to positively affect lives. My hope is that soon I will be able to go back to Kefa and provide that help he asked for. 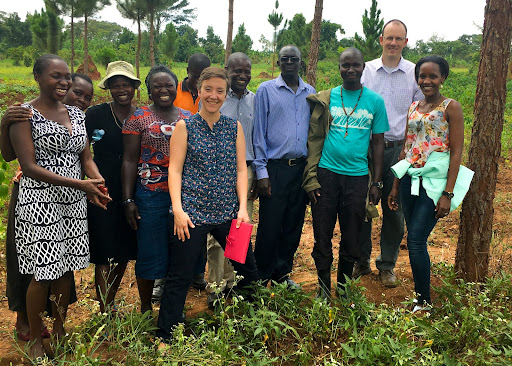